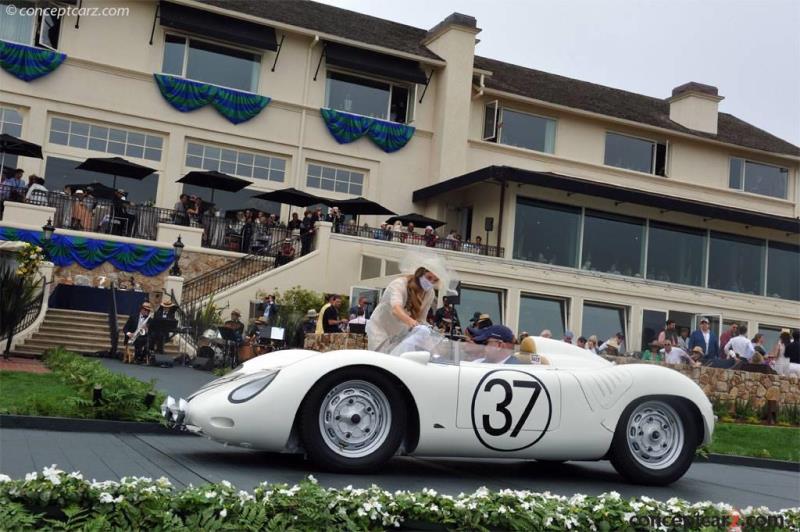 Gooding & Company, the official auction house of the Pebble Beach Concours d’Elegance®, has announced an exceptional array of Porsche offerings representing some of the finest models and racing examples to come out of Stuttgart spanning the past seven decades. The renowned auction house will present these selections, ranging from an impeccably restored late 1950s Spyder to numerous rare racing and road-going models, during its Pebble Beach Auctions on Friday, August 19 and Saturday, August 20.

‘The quality and significance of this offering is unparalleled,’ states David Brynan, Senior Specialist at Gooding & Company. ‘Virtually the entire history of Porsche racing is represented here. From the early four-cam Spyder years there is Lucybelle III, one of the most unique and beautiful RSKs ever to race, exquisitely restored to its original splendor. The 908/02 Spyder, presented in its vibrant Targa Florio livery, is an exceptional works team car from the glory days of the plastic era, and the 2007 RS Spyder Evo is one of the most important modern-day prototypes, a model that dominated the ALMS series and returned Porsche to the height of endurance racing.’ 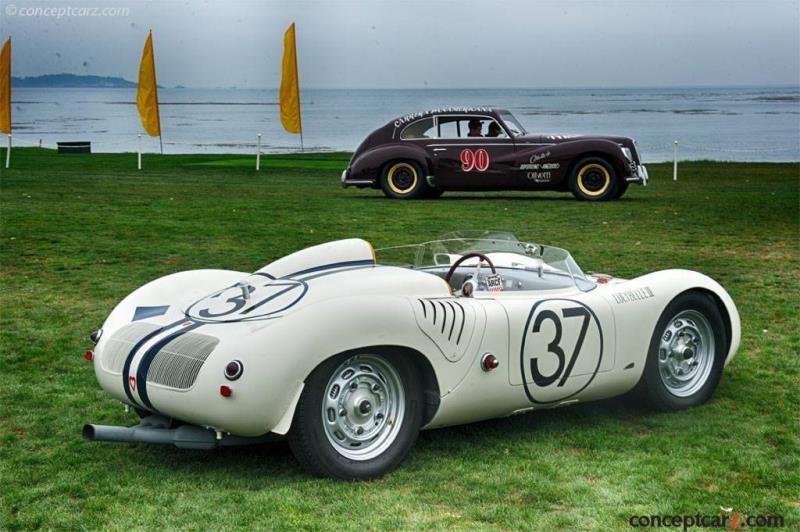 1959 Porsche 718 RSK (Estimate: $4,500,000 – $5,500,000)
One of the most beautiful and successful of all the Porsche Spyders is the 718 RSK, a competition thoroughbred that took the racing world by storm in 1958 when it won its class at the 12 Hours of Sebring and 24 Hours of Le Mans. The pinnacle of collectible Porsches of the 1950s and 1960s, the RSK officially cemented its legacy in the world of motor sport when it won the 1959 Targa Florio outright, leading Porsche’s 1-2-3 sweep at the legendary Sicilian event.

Chassis 718-024, presented here, was sold new to famed American racing driver and Le Mans winner Ed Hugus, who raced the RSK at the 1959 24 Hours of Le Mans in its distinctive ‘Lucybelle III’ livery. Later sold to amateur racer Don Ives, 718-024 competed in various SCCA and USAC events, as well as the famous Pikes Peak Hillclimb, from 1960-1963. Since the 1970s, this RSK has been owned by noted American collectors and vintage racers, including Don Orosco and Dr. Greg Johnson.

Beyond its Le Mans history and outstanding provenance, what really makes this RSK an extraordinary example is its exceptional, award-winning restoration, with a level and detail that is utterly unmatched, performed by Mark Allin and the team at Rare Drive, Inc. The project was approached with immense attention to detail, and extensive research was done to ensure that the car presented exactly as it raced at Le Mans in 1959. Indeed, the restoration team did just that. Back in 1959, when the RSK was first delivered to Ed Hugus at Le Mans, it was finished in silver with beige upholstery. As he did with all of his other competition cars of the time, Hugus quickly repainted the car white with blue stripes, the traditional American racing colors, and had ‘Lucybelle III’ written across the front fender, along with a small red heart painted on the tail.

Speaking on this meticulously faithful process during a recently recorded interview with Gooding & Company, Mark Allin explained, ‘We wanted to tell this car’s story. We knew that we needed to bring it back to the 1959 Le Mans livery, and by painting it silver, and then repainting it white, we’ve completed what was done back then.’

Since completion of the restoration process in 2021, chassis 718-024 has been selectively shown at the Pebble Beach Concours d’Elegance® and the Audrain Newport Concours d’Elegance, where it was awarded First in Class. Today, the RSK presents in pristine, show-quality condition, and as a true time machine back to a pivotal moment in 1959, is undoubtedly one of the finest restored Porsche Spyders ever presented at auction. 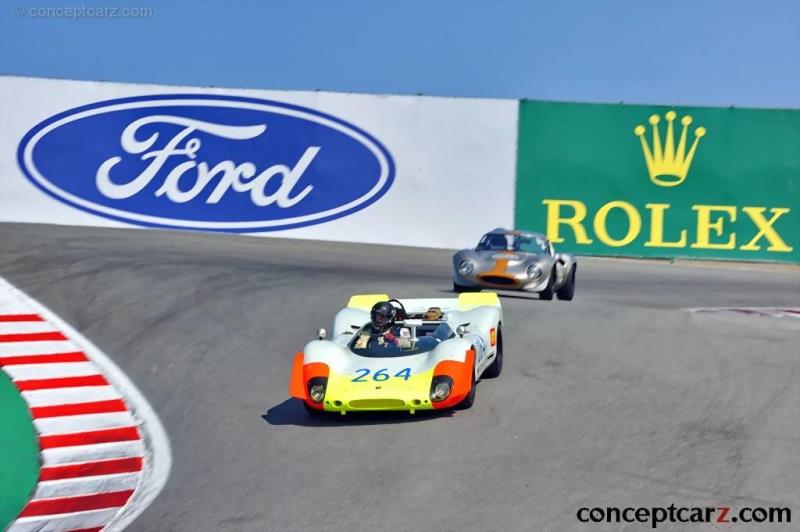 1969 Porsche 908/02 (Estimate: $4,000,000 – $5,000,000)
Developed by Porsche as the successor model to the 907, the 908 was the brainchild of Ferdinand Piech and engineer Helmut Bott. The first iteration of the 908 was introduced as a coupe, fitted with either short or long-tail bodywork. In 1969, revised regulations resulted in the upgraded, all-new 908/02 Spyder, which was built exclusively with aluminum frame tubes, as well as a lighter five-speed transaxle, a revised 3.0-liter engine, and fiberglass bodywork that weighed a mere 13 kg, bringing the car’s to weight to just 600 kg. After its initial run on the competition circuit, the 908/02 quickly became a model that would dominate many races in its inaugural season, fortifying Porsche’s reputation and legacy as a racing powerhouse.

The example offered here, chassis 010, was completed in 1969, and shortly thereafter began its accomplished racing career with the BOAC 6 Hours race at Brands Hatch in the UK. This very rare factory ‘works’ 908/02 was raced by Porsche at the 1969 Brands Hatch 6 Hours, Targa Florio, and the Nürburgring 1000 Km. In privateer hands, it also competed at the 24 Hours of Le Mans four times. With a roster of drivers that include legends such as Vic Elford, Richard Attwood, Rudi Lins, Gérard Larrousse, Kurt Ahrens, Masten Gregory, and Pedro Rodriguez, this example has very likely enjoyed the greatest driver lineup for any Porsche 908.

Having had just a handful of owners since new, chassis 010 underwent an exacting restoration from 2011 to 2015, during which it was brought back to the vibrant day-glow livery and ‘works’ specification from its time at the 1969 Targa Florio. The comprehensive restoration was a multifaceted process managed by Louie Shefchik’s team at J & L Fabricating in Puyallup, Washington. The body and frame was sent to Kevin Jeanette at Gunnar Racing in Florida, and the engine was sent to the experts at Jerry Woods Enterprises for a full rebuild and cosmetic restoration. Chassis 010 is being sold accompanied by extra ‘Flunder’ bodywork fitted in 1971 for the car’s third owner, André Wicky, along with its history files and a package of spare parts. This exemplary 908/02, which comes to market with a well-known provenance and extensive racing resume, presents an auction opportunity that is truly one not to be missed. 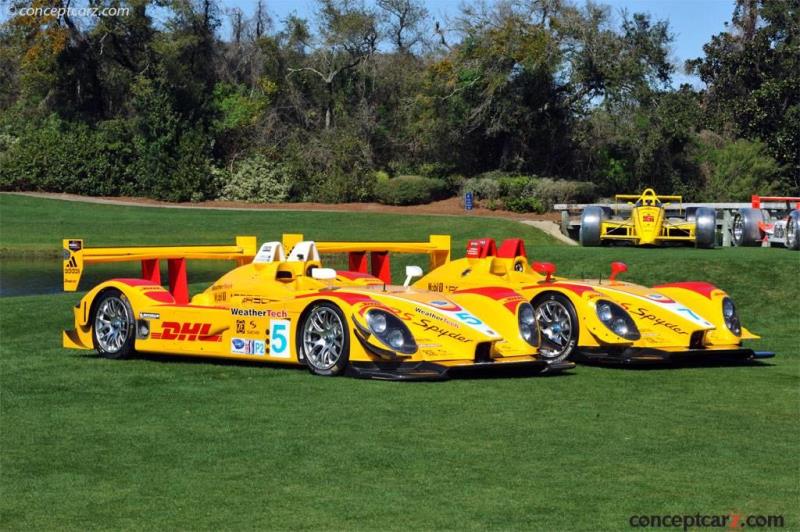 2007 Porsche RS Spyder Evo (Estimate: $6,000,000 – $8,000,000)
When it was unveiled in 2005, the Type 9R6, more commonly known as the RS Spyder, was Porsche’s first sports racing prototype since the 911 GT1. This new cutting-edge sports racing car was built to compete in Le Mans Prototype Class 2 (LMP2). In June 2005, the very first RS Spyder hit the track at Weissach in Germany, and since then, the purpose-built competition machine quickly became one of the most successful prototype racing cars in all of Porsche history. With its lightweight carbon fiber monocoque chassis and all-new 3.4-liter four-cam V-8 engine that revved to 10,000 rpm and produced 478 hp, the prototype was destined for greatness. Porsche entrusted the Penske Racing team to campaign its RS Spyders in ALMS races, and thus, the new prototype made its competition debut at the 2005 season finale at Laguna Seca. The RS Syder went on to dominate its competition outright, clocking both class and overall wins and securing the LMP2 championships for three consecutive years.

The RS Spyder offered here, chassis 9R6.702, is the second of six updated Evo-specification examples built for the 2007 racing season, and is one of just 17 RS Spyders built between 2005 and 2008. In March 2007, 9R6.702 made its official debut at the 12 Hours of Sebring, and was driven by Sascha Maassen, Ryan Briscoe, Emmanuel Collard, and Hélio Castroneves. Chassis 9R6.702 would go on to capture back-to-back overall wins at Salt Lake City and Lime Rock, and served as an integral part of DHL Porsche Penske Racing’s 2007 and 2008 ALMS Championship seasons. Its outstanding race record included two overall wins and four 1st in class finishes.

Since its retirement after the 2008 season, this RS Spyder has benefited from the care of just two knowledgeable private collectors, and has been seldom seen except for appearances at Rennsport Reunion in 2015 and 2018. Never before offered for public sale, 9R6.702 represents a unique opportunity to acquire one of the most important examples of a historically significant, state-of-the-art Porsche prototype racing car. 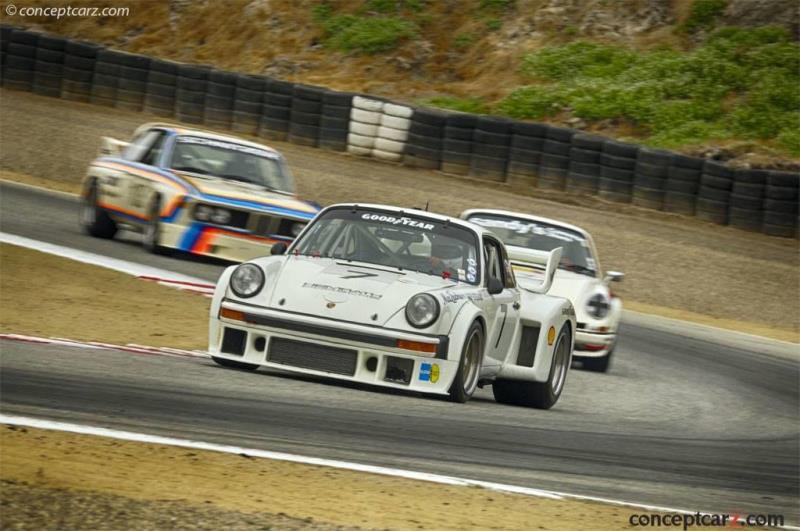